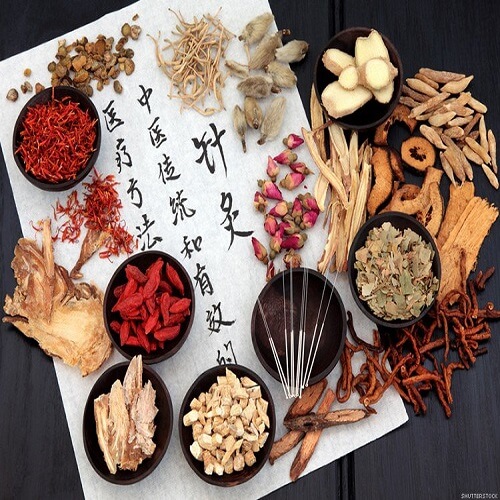 Traditional Chinese Medicine (TCM) traditional Chinese: is a style of traditional medicine built on a foundation of more than 2,500 years of Chinese medical practice that includes various forms of herbal medicine, acupuncture, massage (tui na), exercise (qigong), and dietary therapy, but recently also influenced by modern Western medicine. TCM is widely used in Greater China (where it has long been the standard system of medicine), and is becoming increasingly popular and recognized worldwide (where it is primarily approached as alternative medicine).

One of the basic tenets of TCM is that “the body’s vital energy (chi or qi) circulates through channels, called meridians, that have branches connected to bodily organs and functions.  ” Concepts of the body and of disease used in TCM reflect its ancient origins and its emphasis on dynamic processes over material structure, similar to European humoral theory.

The doctrines of Chinese medicine are rooted in books such as the Yellow Emperor’s Inner Canon and the Treatise on Cold Damage, as well as in cosmological notions such as yin-yang and the five phases. Starting in the 1950s, these precepts were standardized in the People’s Republic of China, including attempts to integrate them with modern notions of anatomy and pathology. In the 1950s, the Chinese government promoted a systematized form of TCM.

While health is perceived as the harmonious interaction of these entities and the outside world, disease is interpreted as a disharmony in interaction. TCM diagnosis aims to trace symptoms to patterns of an underlying disharmony, by measuring the pulse, inspecting the tongue, skin, and eyes, and looking at the eating and sleeping habits of the person as well as many other things.

Search For A Practitioner