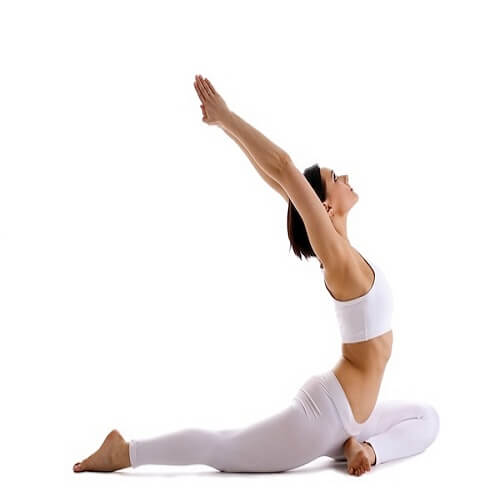 Yoga (/ˈjoʊɡə/;Sanskrit, pronunciation) is a group of physical, mental, and spiritual practices or disciplines which originated in ancient India. There is a broad variety of yoga schools, practices, and goals in Hinduism, Buddhism, and Jainism. Among the most well-known types of yoga are Hatha yoga and Rāja yoga.

The origins of yoga have been speculated to date back to pre-Vedic Indian traditions; it is mentioned in the Rigveda, but most likely developed around the sixth and fifth centuries BCE, in ancient India’s ascetic and śramaṇa movements. The chronology of earliest texts describing yoga-practices is unclear, varyingly credited to Hindu Upanishads. The Yoga Sutras of Patanjali date from the first half of the 1st millennium CE, but only gained prominence in the West in the 20th century. Hatha yoga texts emerged around the 11th century with origins in tantra.

Yoga gurus from India later introduced yoga to the West, following the success of Swami Vivekananda in the late 19th and early 20th century. In the 1980s, yoga became popular as a system of physical exercise across the Western world. Yoga in Indian traditions, however, is more than physical exercise; it has a meditative and spiritual core. One of the six major orthodox schools of Hinduism is also called Yoga, which has its own epistemology and metaphysics, and is closely related to Hindu Samkhya philosophy.

Many studies have tried to determine the effectiveness of yoga as a complementary intervention for cancer, schizophrenia, asthma, and heart disease

What it is: This ancient system of relaxation, exercise, and healing goes back more than 5,000 years, with its origins in ancient Indian philosophy. Most Westernized yoga focuses on physical poses, breathing technique, and meditation, with the goal of achieving relaxation, overall health, and improved fitness.

How it works: Long, deep breathing encourages the actions of the parasympathetic nervous system (the one that lowers blood pressure and slows the pace of breath), allowing for relaxation and healing to take place. Yoga also tones and strengthens your entire body, and especially your core, which is why gentle poses can be a godsend for people with lower-back pain.